It’s been a pretty decent week so far for some ski areas. Notably some of the Colorado ski areas picked up 6-10″ since Tuesday leading to a nice day to ride today. Even the Sierra Nevada got a bit of snow so far this week ending their streak of snowless days. 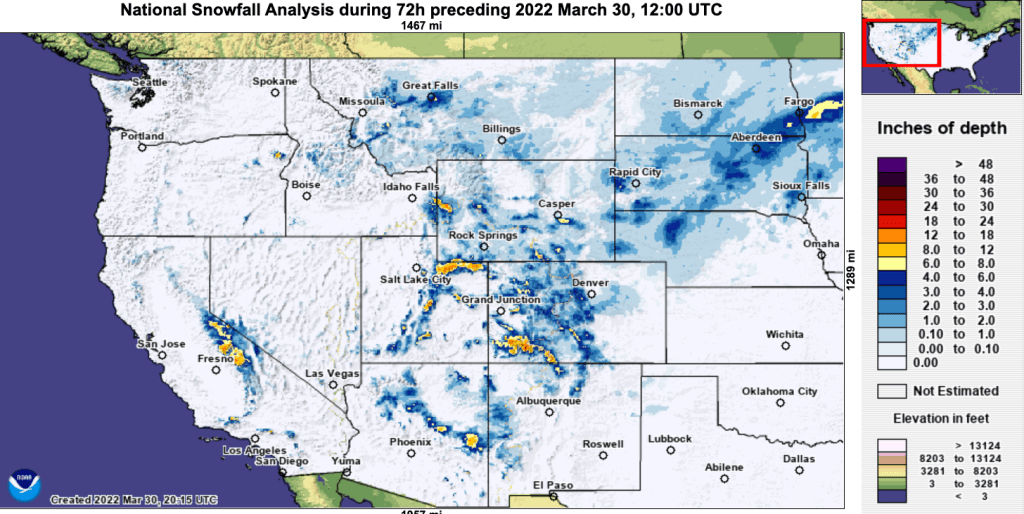 Snowfall in the past 3 days

Mammoth, Arizona Snowbowl, Taos and some Utah ski areas picked up a few inches of snow this week and hopefully, we will see a bit more in the coming weeks. Let’s jump into the forecast.

Below: We have a weak storm we’re watching that will traverse from the PNW to Colorado through the end of the week. This will bring a couple to a few inches of snow to Stevens Pass, Mt. Hood, Big Sky, to Aspen. This isn’t going to be a stellar storm but snow levels will low enough to coat ski areas with a new top layer. 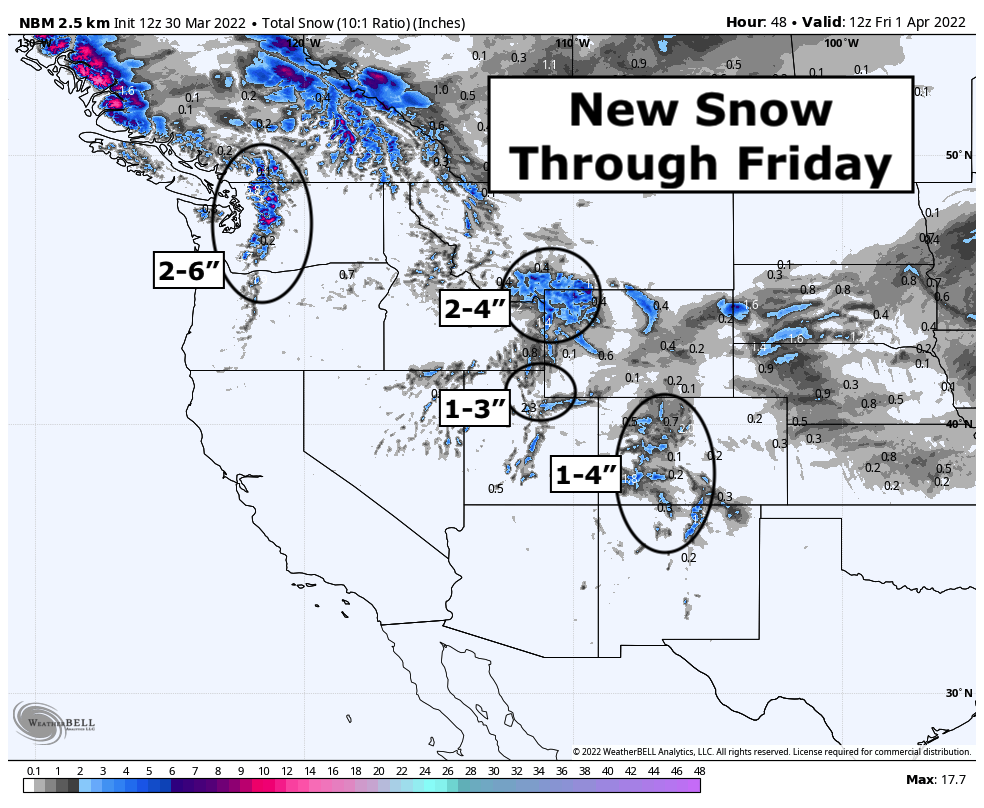 After this, we’re watching for a potential big dump of snow for the PNW. An atmospheric river looks to set up for two days or so and pummel the northern Oregon Cascades, Washington Cascades and some BC mountains with some big moisture. As we always have to watch with atmospheric rivers, snow levels will probably be running high. On top of this, it’s Spring. So, temperatures are going to have to be watched closely.

The good news is, this looks to be a colder storm that that may work in our favor. Rain and snow will start in the PNW Sunday and will continues at varying intensities through Tuesday. A chunk of energy from this will push inland towards Idaho and Montana and then will swing south skirting Wyoming and Colorado.

With as much moisture will be holding, there could be some nice totals even inland. It’ll be hard to talk specifics right now but here’s a look at possible totals through next week. This will be a pretty changeable forecast, so be sure to check back in. 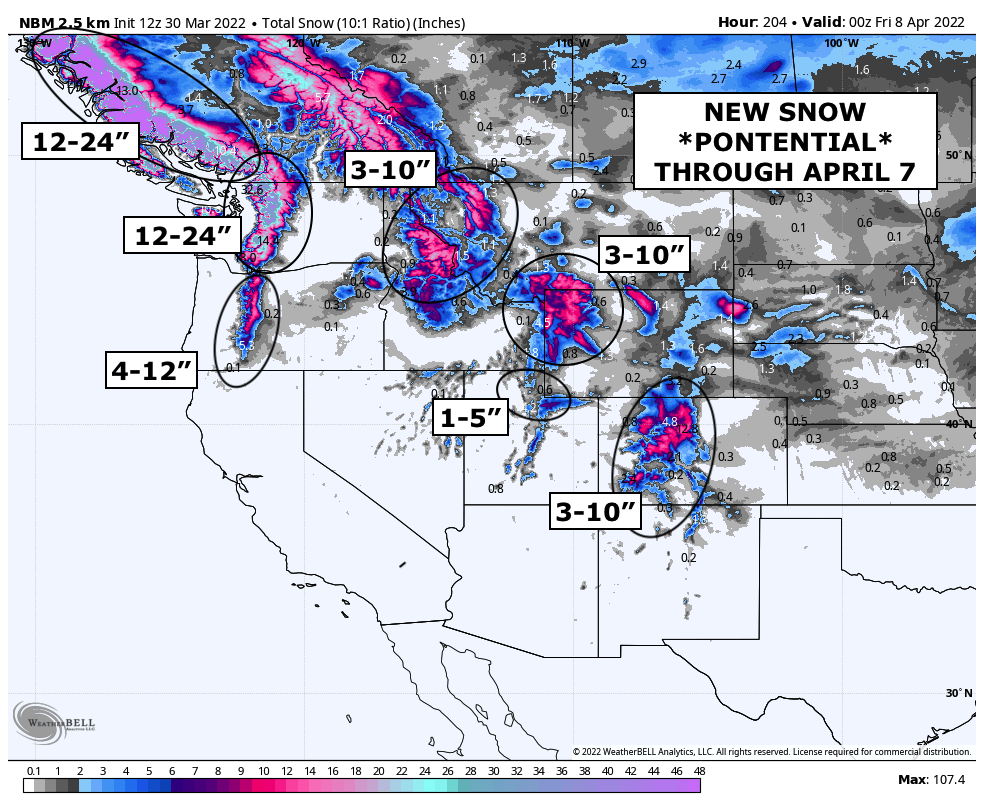 Let’s hope this forecast holds because it would be a nice Spring dump to play on. With it being a moist storm, this will be a somewhat sticky storm but temperatures may be cold enough for this to be nice and fluffy. Especially inland. For California, Arizona – sorry, y’all. This isn’t for you.