A BIT OF A BREAK BEFORE MORE ACTIVE WEATHER MOVES IN

As Luke mentioned in his post on Monday, we saw a decent refresh of snow this month but a lot of places are still below average in terms of snowfall for the season. Colorado and the PNW are the exceptions to that rule currently. As we head into a dry stretch of warm Spring weather, we have to look ahead to our next chance of snow which looks to hit before the end of the month. 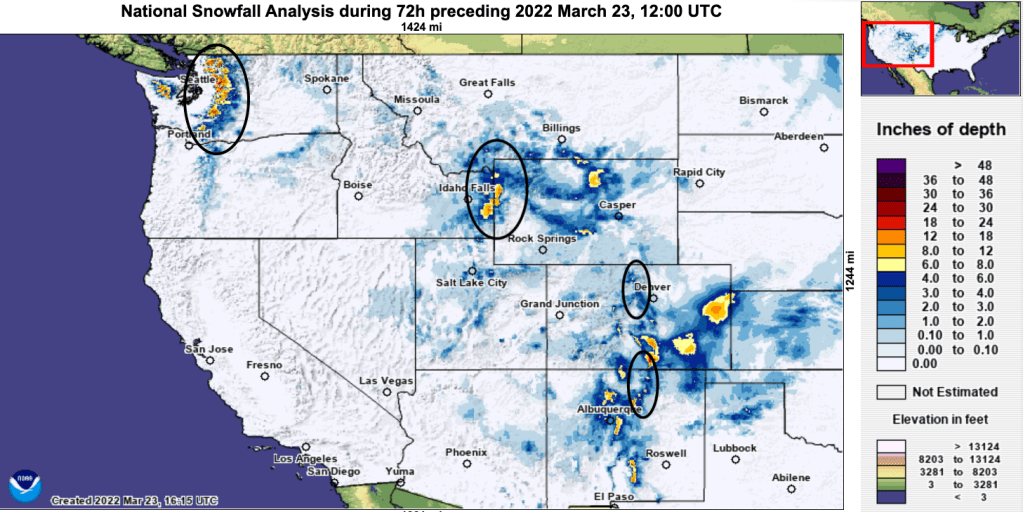 First off, above is where it has snowed this week. Areas of the Washington Cascades, southern Montana, Wasatch Range, and the Tetons,  picked up a nice refresh. Colorado got nearly skunked with most of the moisture heading south and east. Areas around Ski Santa Fe and Taos also some some light snow from the recent storm.

In the short term some significant moisture is headed for the Ski Areas and much of the Heli terrain in Alaska over the next few days. If you are hunting for powder, consider jumping on a flight right now to Alaska.

Below: Alaska is going to see some deep snow initially cold but warming somewhat as the week comes to a close.

Going forward, quite a ridge is building up over the west.

A ridge means that clear and warm conditions will persist into this weekend. I hope you like Spring skiing because we’re talking some good mashed potatoes to ski on pretty much region-wide. There’s a weak disturbance pushing through BC in Canada Thursday to Friday that will bring a few fluffy inches of snow to Revelstoke and Banff but it’s not a huge storm and snow levels will be rather high.

After this weekend, a stronger storm will push through the PNW and dive souther towards Colorado. This will bring some onshore flow to the Sierra Nevada with warm temperatures. This storm will be the next shot for widespread snow – albeit light snow – to fall across the Western US.

This has the potential to drop just a few inches of snow from Steven’s Pass in Washington to Big Sky in Montana to Telluride in Colorado. Not place is looking at a major snow event but a little Spring refresh will be nice next week. California will see some snow but it may be way up high in elevation. The possibility that snow doesn’t fall at the base areas is definitely there so take the totals in California with a grain of salt.

Past this storm, another one looks to move into the western US just before the end of the month into the first couple days of April. There is a lot of model discrepancy with this storm and not much detail can go into explaining what will happen just yet. 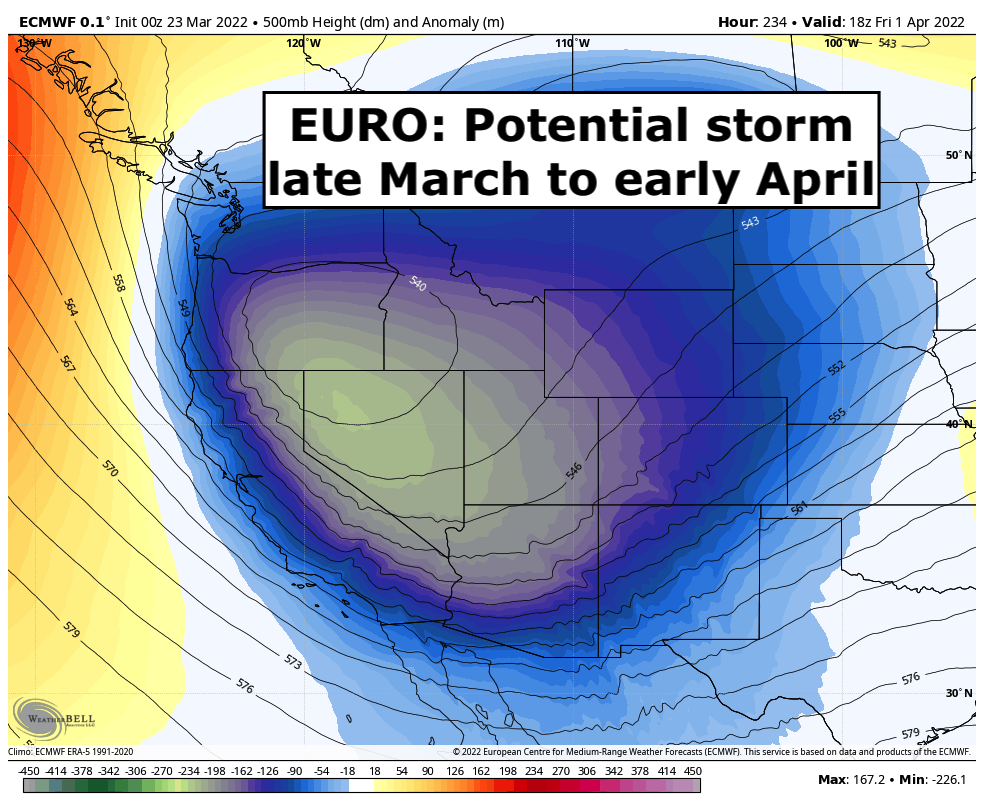 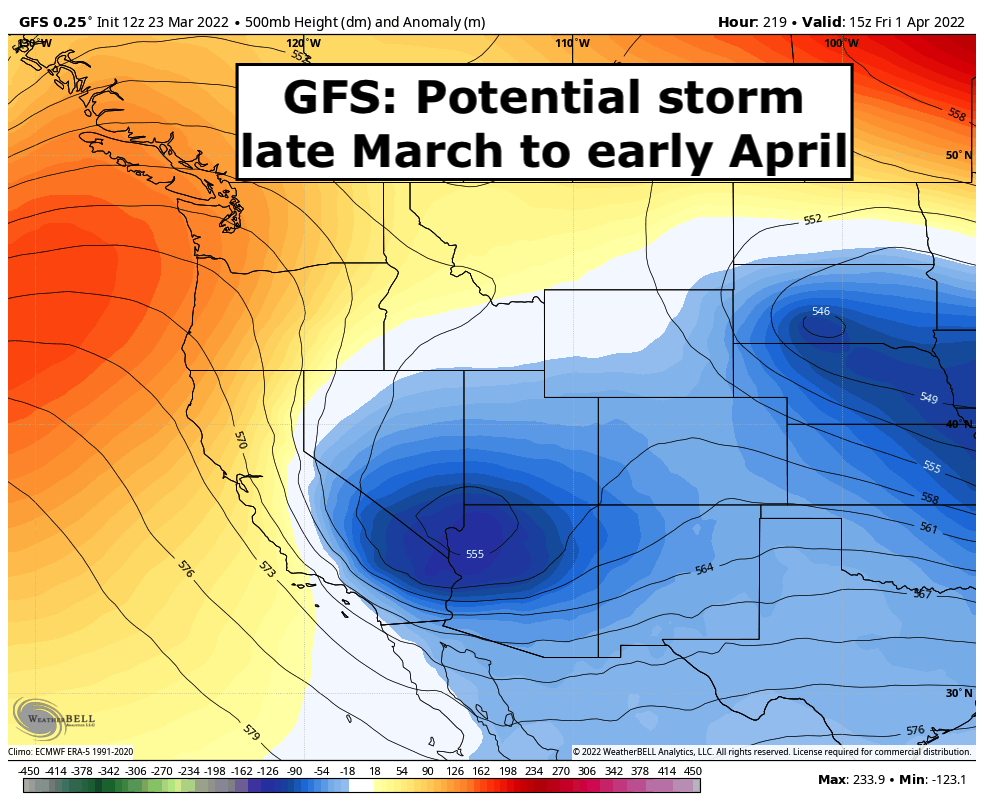 To give you an idea, above are the EURO and GFS models that are showing a storm over the western US but the strength and size of this storm is largely different. But a storm is looking possible over the west that could deliver a nice late-season dump to some folks. Keep checking back as we continue to monitor this storm.