The video below shows a bison herd stampeding over a car in Alaska. The bison are refusing to leave the road because of the deep snow and ice that has blanketed the surrounding areas.

I’ve embedded the video to start right before the bison start running over the car. You can hear their hooves crunch on the metal of the car if you turn up your volume and listen closely. It starts right around the 1:25 mark of the video.

Clint Cooper, a member of the Alaskan Fish & Game Department, told KTOO that the bison are having trouble navigating the deep snow and ice. That’s why they’re choosing to travel on manmade roads.

Cooper claims that there a 2-inch layer of ice buried under feet of snow that’s cutting the bison’s legs. 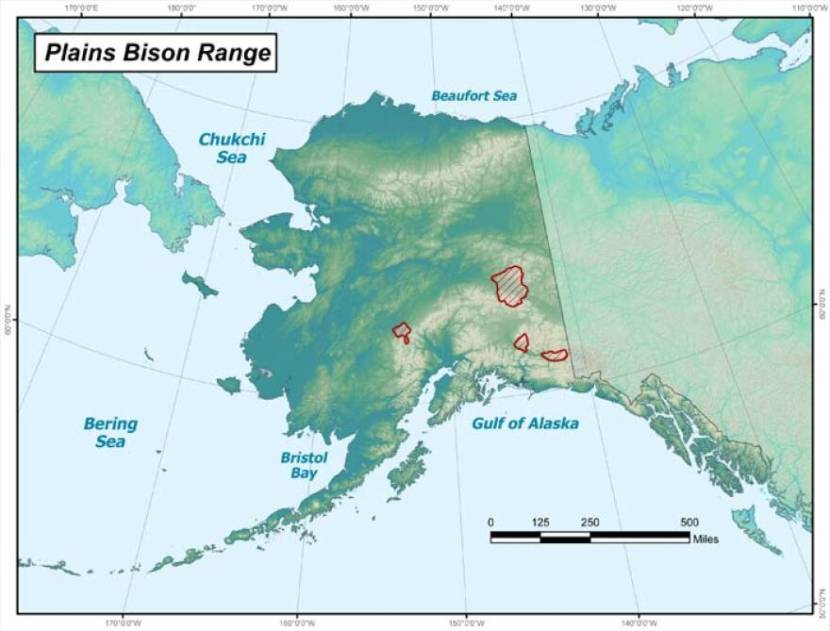 There are currently four bison herds that roam Alaska. Their territories can be seen in the map above marked by the red outlines.

The Alaska Department of Fish & Games estimates that 900 bison currently roam the state.