“We’re going to go ahead and upgrade to a detachable quad in the Lift 9 area. The lift that we have now is really old, and it just struggles with the numbers that we have in that area. A new lift here will just change everything.”– Jeff Proteau, Co-Owner of Telluride

Telluride held its second community meeting regarding its capital development plans and announced a big replacement. According to the Telluride Daily Planet, the Plunge chairlift (Lift 9), will be replaced by a high-speed quad in the summer of 2022. Currently, the lift’s ride time is at twelve and a half minutes, with its vertical rise being nearly 2200 feet. The change will bring the number of riders per hour up from 1000 to 1800 people. The lift services mostly advanced and expert terrain.

New hotel developments are also part of the plans. The resort is looking to add 1275 beds to counter the rising demand, with even small ski towns like Crested Butte having more beds than Telluride currently does. The first site that could feature new lodging is “the land abutting the Mountain Village gondola plaza near Lift 4, which is called Parcel G. There is room there for a 75-room hotel, plus retail and restaurant space.” The second space is the “development of three areas surrounding the Peaks Resort & Spa could also add an additional 150 rooms to the hotel through expansion.” Telluride also provided updates on the two affordable housing projects they are working on. The development plan for these lodging projects is still conceptual, and they are asking for public input on the plans. The goal of all this according to Co-Owner Jeff Horning is for Telluride to “become one of the top destinations in the world. We really mean that. We’ve accomplished a lot to become one of the top 10 destinations in North America, but we want to be one of the top destinations in the world. It’s a big thing to say, but we absolutely mean it.” 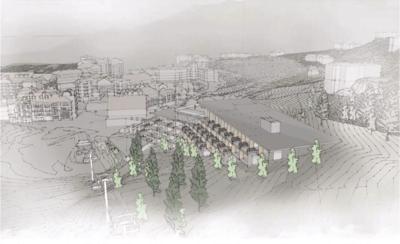 Granite Peak in Wausau, WI is the largest ski area in the Badger State. The mountain boasts a 700′ vertical (more than 2x larger than (…)