“In the recent 10-year trend, global warming has been pushing it later into January. It’s a target for us, we’re still hopeful that Mother Nature provides snow early December and into Christmas, and if there’s a chance we can get going earlier, we will.”– Richard Wells, Inside Operations Manager at Marble Mountain Resort

Newfoundland and Labrador in Canada is the easternmost province in the country. With it being directly across from Greenland on the Labrador Sea, you would think that snowfall wouldn’t be an issue for the ski resorts located in the province. According to Saltwire, the last ski season was not generous to the ski resorts of Newfoundland and Labrador. The various ski resorts saw record low snowfall in January and February, wrecking their local economy that was already being steamrolled by the pandemic. A low snow winter led to a March 4th opening for Marble Mountain Resort, and a mid-March opening at White Hills Resort. Smokey Mountain Ski Club, which isn’t mentioned in these articles, dealt with similar circumstances. Resort officials point to the effects of climate change that have led to consistently later openings over the past decade. Marble Mountain Resort is hoping for a January 5th opening, while White Hills’ opening date is still to be determined.

Marble Mountain has faced a turbulent past couple of years. According to the CBC, the province owns and operates Marble Mountain, and has looked to sell the mountain for the past three years. The provincial government canceled the process this summer, as the low interest from investors put the mountain off the market. The Covid shortened 19-20 season resulted in a 1.5 million Canadian Dollar loss, and the province subsidizes the mountain with one million Canadian dollars each year. The older infrastructure, which is over twenty-five years old, causes difficulties in terms of finding interested parties. Proponents for an ownership change claim the government doesn’t have the expertise to operate the slope, which should be running year-round to maximize its potential. They hope it could result in a success story like what is occurring at Cape Smokey in Nova Scotia, which added a new gondola over the summer.

In the meantime, some of the offseason improvements for Marble Mountain have included a new haul rope for the Black Mariah lift, RFID technology has been added to access each lift, their ski school is planning on reopening, and guests nineteen and older will have to be vaccinated to purchase tickets. Some of the season’s events will include “a New Year’s Eve party, Jib Fest in February and the Western Sno-Riders Race on the Rock at the end of the season.” In the meantime, just like the rest of us, the people of Newfoundland and Labrador are praying for snow. 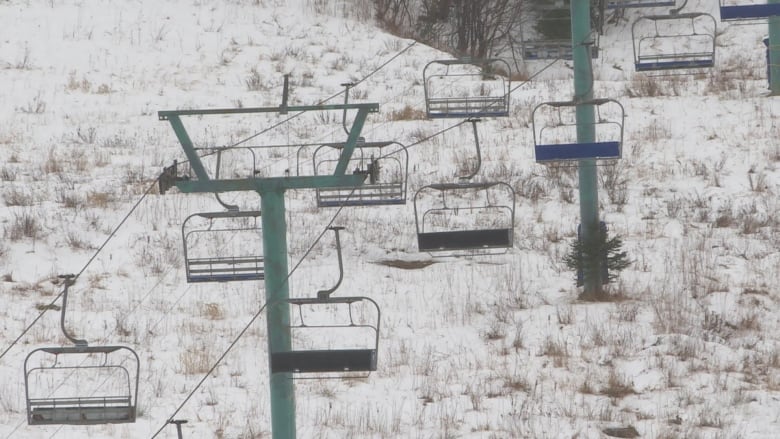