There’s a lot of debate around the oldest ski lift still in operation, but the J-Bar at Black Mountain in New Hampshire is certainly on the list.

The lift was first installed in 1935 as a rope tow, shovel handles were added in 1937 to make the lift easier to ride, and J-bars were added in 1954. YouTube channel Teddy’s Lift World was given special access to ride the J-Bar and tells more about the lift’s history in the video’s description included later in this blog.

Really cool piece of history, and I’d love to check it out someday. There’s something so special about old lifts that are still operating today. They feel like time capsules into the skiing world of yesteryear. 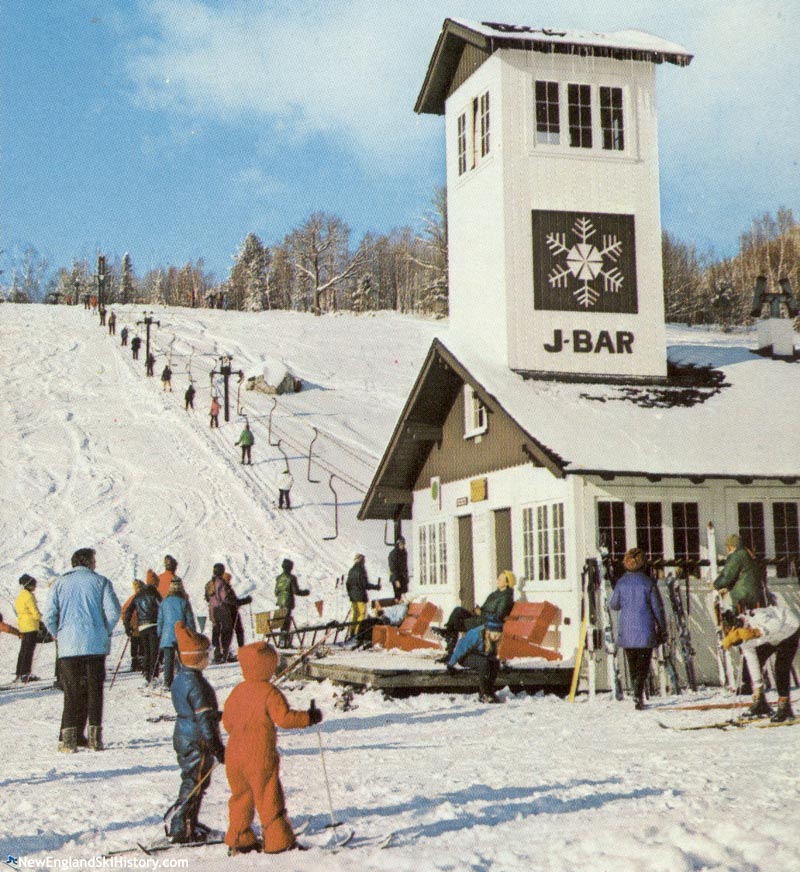 “The title of the oldest overhead cable lift in the country is debatable but it most likely goes to the J-Bar at Black Mountain. It was not always a J-Bar. When it was installed in 1935 it was a rope tow built by Moody’s Inn to service a small ski hill. Around 1937 shovel handles purchased from Sears were installed on the rope tow to make it easier to ride, although the shovel handles were very small and could only fit one hand. In 1954 the shovel handles were replaced with simple J bars without any modern equipment like springboxes. Without springboxes it can be a little difficult if you’ve never ridden a surface lift before. During that same time, the towers were replaced with metal I beams. The counterweight was also moved from the bottom vault drive to a new top return. As Black Mountain expanded the J-Bar was left in its own area becoming a lift with little purpose. In the 1970s and 80s, it was used to drag snow tubes up for a tubing hill. As of 2019 it rarely runs and is only kept for historical purposes.

The J-Bar uses very primitive technology that is actually very effective. The drive is inside a wooden building. It is driven by a small electric motor that is very quiet. Instead of having a slow button there is a shovel handle attached to a cord that lowers a piece of an old railroad track to act as a clutch to slow it down. There is a tall tower on top of the drive building that an operator can climb into. From there they can view the top and slow the lift down with another shovel handle clutch if needed. It is a very cool old lift.

*Special shoutout to Joe Russo and lift operations at Black Mountain. I sent them an email to ask if these lifts could possibly run midweek for me to film. When I got there I was welcomed and got a full tour of the J-Bar drive building and got to view all the operating records. I got to learn how all of the technology functions and so on. I even got a shoutout in the snow report. I am really thankful that this got to happen. I will never forget that day!* 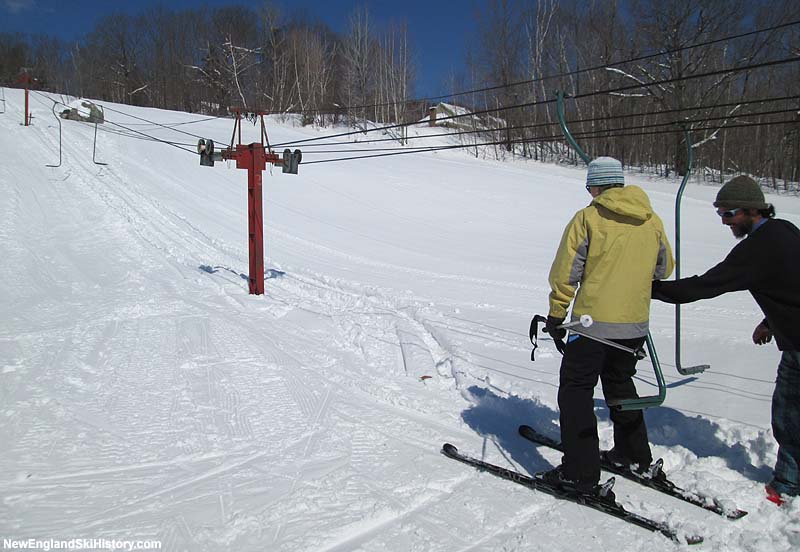 Unfortunately, Teddy’s Lift World has disabled embedding his video on other websites. Lame. You can still check out the video of him riding the J-Bar at Black Mountain by clicking this link.