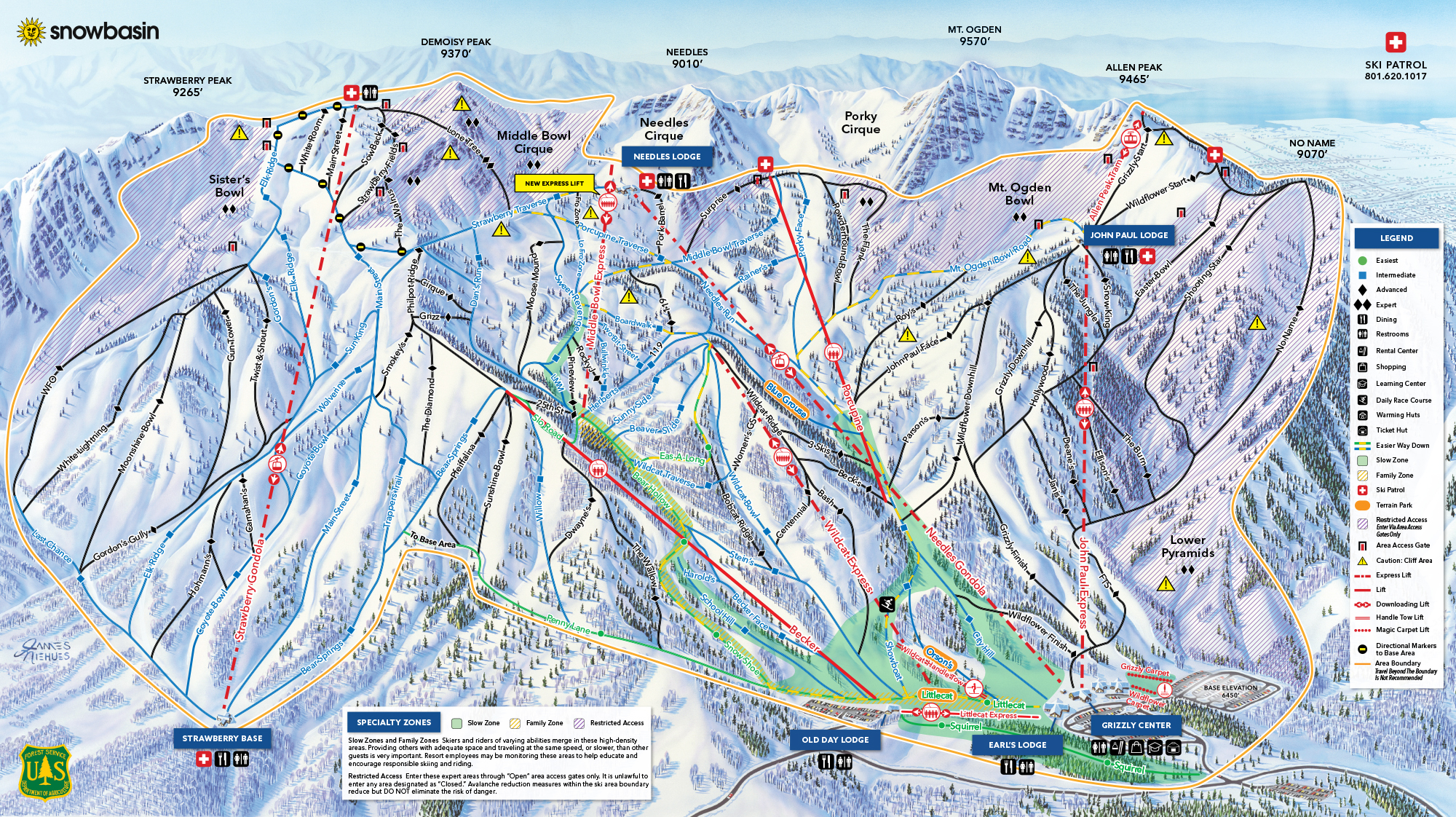 “Middle Bowl is a legendary lift that runs through the heart of Snowbasin.  We are committed to our guest experience and advanced lift infrastructure, so we’re thrilled to provide this upgrade to improve our guests’ access to upper mountain skiing.” – Davy Ratchford, General Manager of Snowbasin Resort.

Snowbasin in Huntsville, Utah is adding another top-of-the-line high-speed chairlift to their state-of-the-art collection. According to Snowbasin, a Leitner Poma High-Speed Six Pack Chairlift will replace the current Middle Bowl triple chairlift this offseason. Its planned opening date will be before Christmas 2021. The time up the hill will be cut in half, going from twelve minutes with the old chairlift to just under six minutes.  The lift will be able to transport 2400 skiers per hour, and will follow a similar path as the old lift, but will finish above Needles Lodge. The old chairs will likely go on sale later this year.

Snowbasin has begun to upgrade its older lifts in recent years to respond to increased demand due to Utah’s housing boom and the resort being added to the Epic Pass. In 2017, the Wildcat Express, a six-person chairlift, was installed to replace the old Wildcat lift. Last season, the Wildcat Handle Tow was added to the Orsons Terrain Park for quick park laps and easier access to the Wildcat Express. Also coming next season is additional parking spaces and lots to better manage crowds. With another potential Olympics down the pipeline, I imagine these won’t be the only improvements Snowbasin will make in the future.