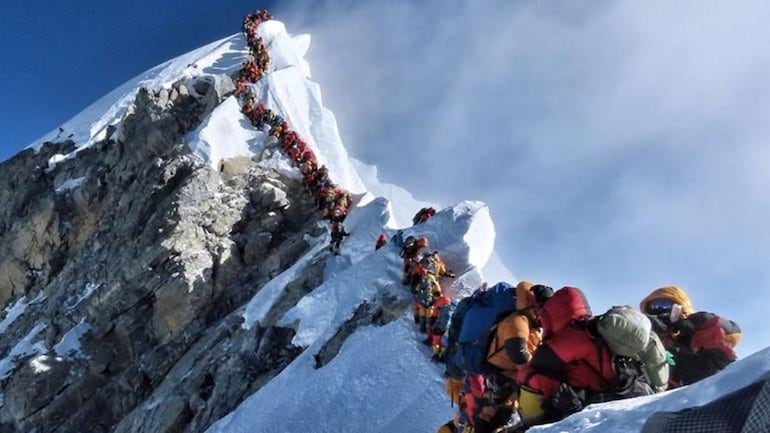 The Associated Press is reporting that 55 year old Puwei Liu of Glastonbury, CT died on Wednesday along with a Swiss hiker, marking the first and second deaths on Mt. Everest this year.

The director of the expedition company used by both men posted to Instagram describing the deaths.

Liu suffered from Snow Blindness and exhaustion while descending from Hillary Step, and died suddenly Wednesday evening after reaching the South Col.

Our thoughts and condolences are with the friends and families of the deceased.