Significant snow will be falling this week in many areas. Arizona will feel the effects of a 8-15 inch dump at the Arizona Snowbowl (5-10 inches in Flagstaff) by early Thursday morning. Desert Pow streams Northeast towards Colorado late Wednesday night and will be cranking out impressive snow totals for the San Juan Range by Thursday mid morning. The highest amounts are likely to land at Silverton, Red Mountain Pass, Wolf Creek Pass and areas just north of Durango. Expect 10-15 inches in these areas.

The models are not in agreement on other areas of Colorado. Storms from the South can pose challenges in timing and exact track. The winds start from the SW (Good for the San Juans), with shifts to the West (Good for Crested Butte), perhaps NW (I-70) and finally N to NE (Front Range). The European Model which normally has the higest confidence brings a very deep Front Range event to the Foothills near Denver. The highest amounts will likley fall from Boulder and North (10-18 inches) per the Euro. The GFS (American Model) shows snow pushing over the Front Range a bit further South (Denver) and also West (I-70 to Loveland Pass). The Canadian is more inline with the Euro showing a deep Front Range event favoring the northern regions of the Metro area and less along the Divide. Meanwhile the 12 KM NAM has a deep event for the San Juans extending into Crested Butte with much less for the Front Range.

Bottom Line:  Confidence is high for a deep Front Range storm Thursday night into Friday. This will most likley favor the northern Burbs near Boulder extending into Fort Collins. Rocky Mountain National Park should benefit well with this pattern. The foothills outside the metro areas will be deep. Berthoud Pass is a solid contendor including Loveland Pass. It’s possible that Georgetown see higher amounts than it’s perspective counterparts to the West. The University of Utah Plumes are showing an average of 10-25 inches for for Berthoud Pass below primarily early Friday AM through late PM. The wide seperation of lines indicates low model confidence of the multiple runs that incorporate this graph. Other high confidence areas are the San Juan Range for Thursday.

Honorable Mention: Resorts West of the Divide should land 5-10 inches with winds favorable Thursday night (W or NW). Crested Butte might eek out higher amounts per a few model runs. In Summit County Breckenridge can also sneak out high end surprises. Confidence is highest for the Eastern side of the Divide while the I-70 corridor will still see snow. 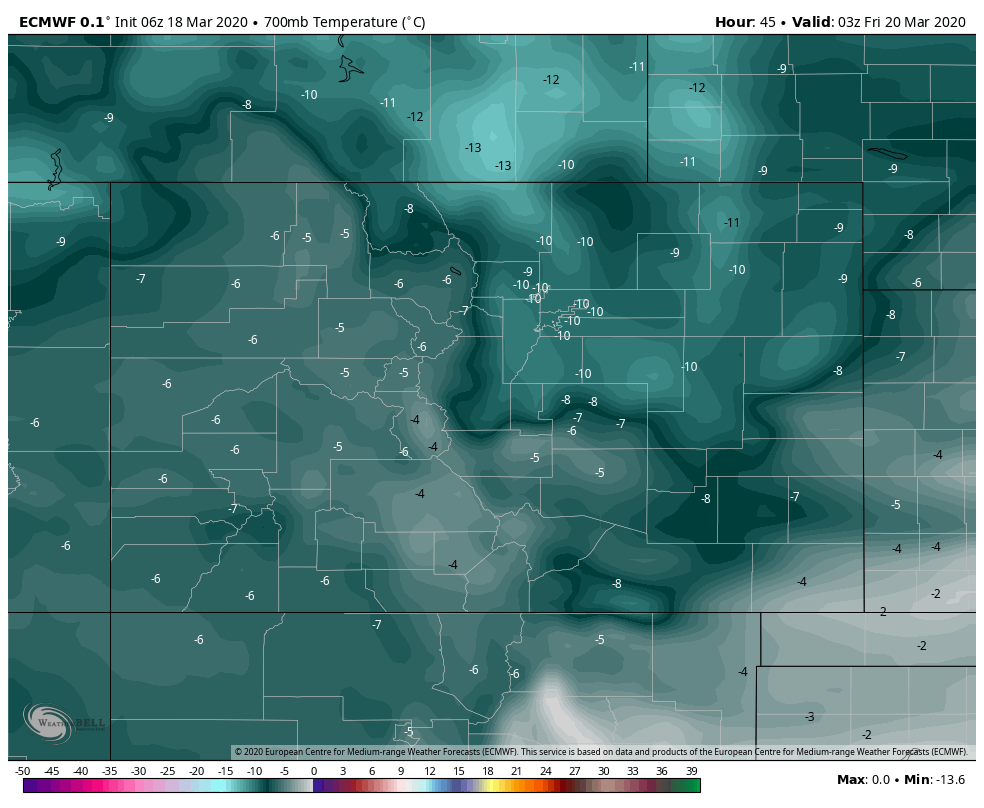 Below: Snowfall totals through Friday morning for Colorado. 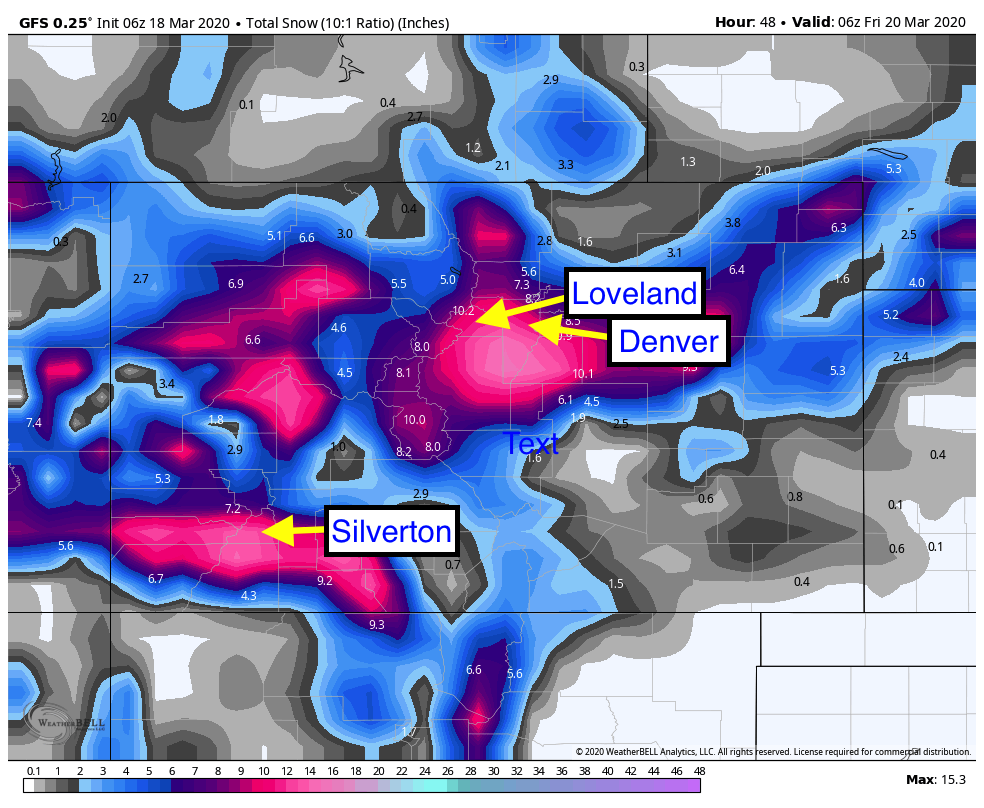 **WHILE POSTING IN PARK CITY I JUST WENT THROUGH AN EARTHQUAKE (5.7 near Salt Lake).  I had to evacuate twice during this post (3.3 in Park City). 3 After Shocks while re -posting. Pretty scary! This was the largest earthquake for Utah since 1992. Some minor damage to structures in Salt Lake but most of the Valley is intact with no injuries reported as of yet.

Many resorts that were open yesterday closed (Arizona Snowbowl included).  Some are still holding on.

Open resorts that we know of as of Wednesday morning. This is subject to change and not all inclusive. Please feel free to comment on other openings or closures.