Warm and wet weather continues for the PNW including Whistler late this week. Snow levels in the Cascades will bring Rain to most ski areas late this week. Colder air finally arrives in the Northwest Saturday, dropping snow levels for some better conditions for the weekend. That system quickly departs the Cascades Sunday and brings another decent shot of snow for the Rockies under NW flow for Monday.

Wednesday’s Forecast went completely bust for the Cottonwoods in Utah (1-3 inches) where resorts further north grabbed the originally forecasted 4-8 inches (5 reported at Snowbasin, Beaver). Moisture was focussed on the Tetons late Tuesday with both Grand Targhee and JHMR reporting 11-12 inches for bluebird powder on Wednesday morning. Roughly 1/2 of that fell late in the day while the lifts were still turning.  Low crowds on Tuesday kept many runs skiing the entire storm total on Wednesday morning. I chased to Targhee for 1st chair where skies went bluebird for the first few hours before Fog rolled in around 11 AM. 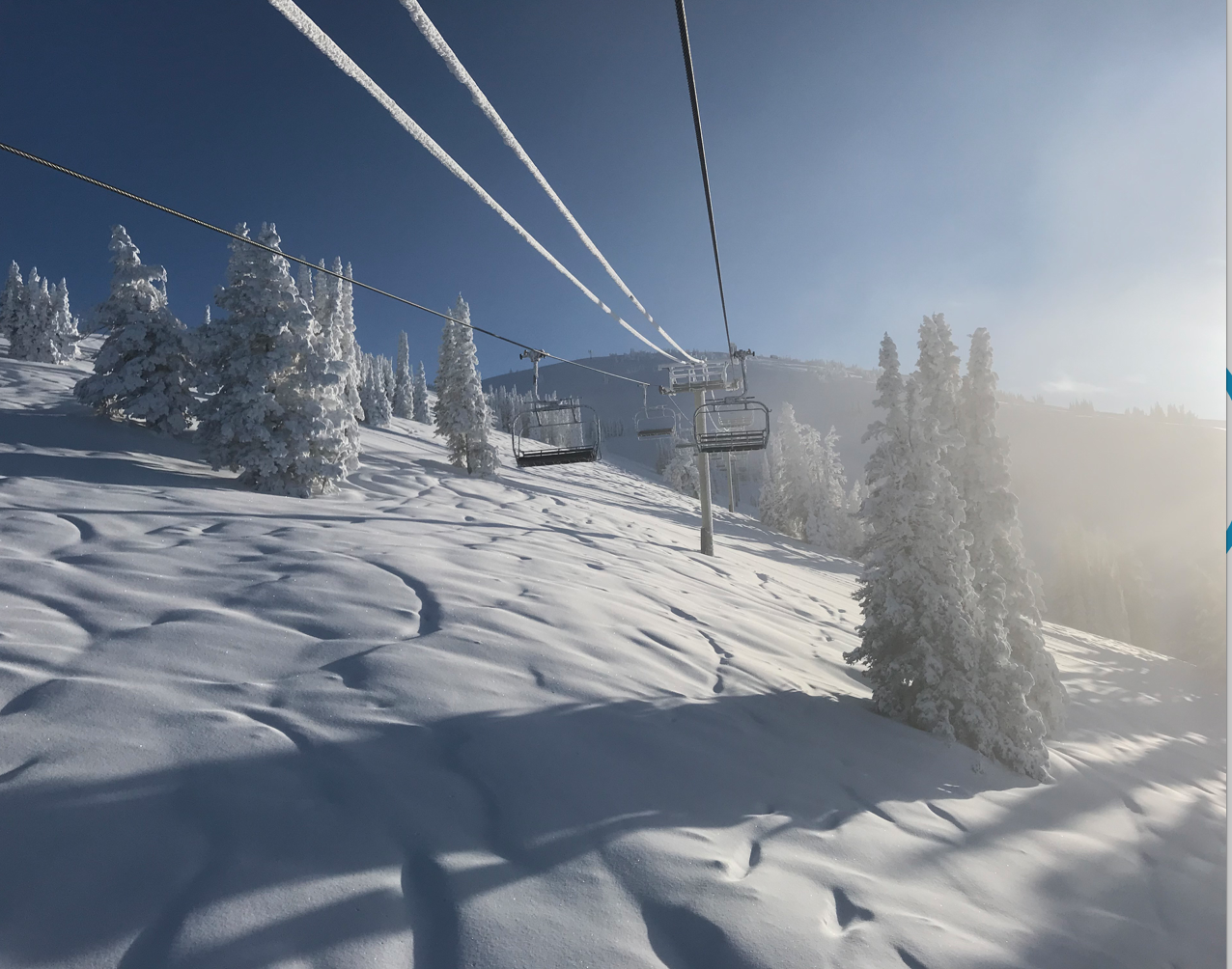 The week ahead continues to bring moisture into the Cascades with snow levels in the 6-8,000 range. Whistler may stay all snow at the summit but will see rain even at mid-mountain through Friday.

Below: Very warm and wet conditions in the PNW through Saturday morning. The cold front (Blue Line) is far north in upper BC. Rain will be falling at most ski area bases and mid-mountain locations through Friday.  Stevens Pass and areas favored by east winds might see colder temps initially on Thursday.

Below: Colder temps finally arrive into the PNW Saturday continuing to plummet as shown for Sunday morning.  Moderate snow should accompany this front Saturday and Sunday. 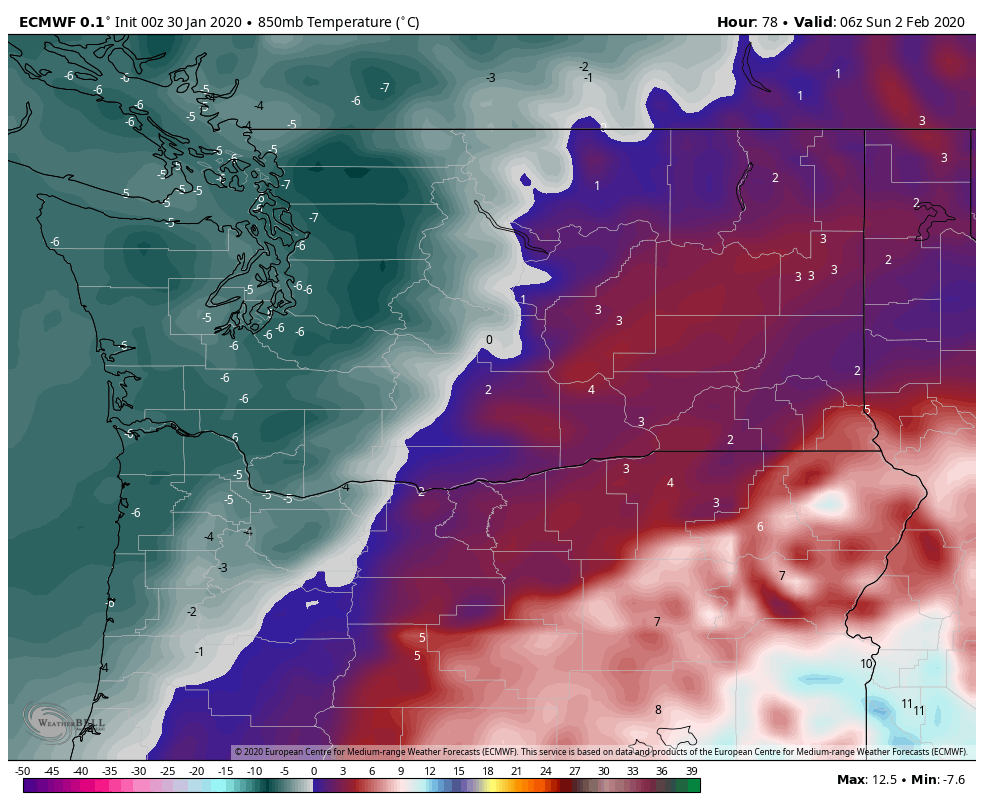 The Rockies grab light snow showers Thursday favoring Wyoming, Utah, and Colorado with no significant chase opportunities until next week. 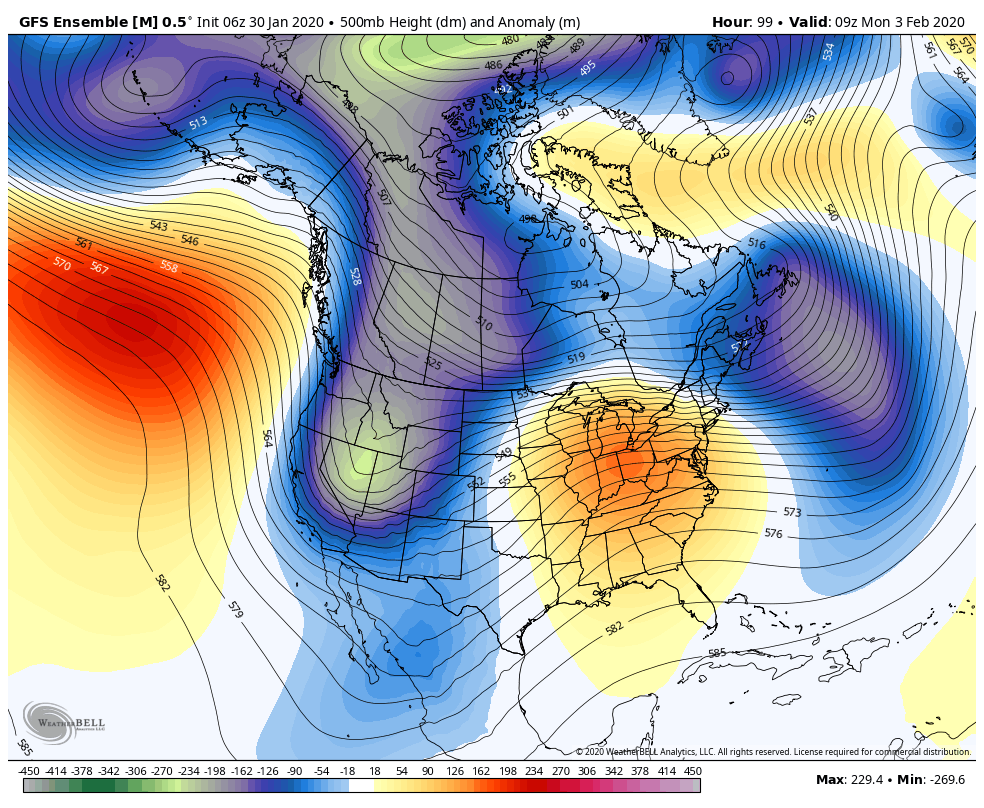 A fast-moving cold front will land over the Tetons and Wasatch late Sunday night into Monday. Models have been pushing decent moisture into southern Montana as well.  NW wind direction should enhance orographics for many areas of the Rockies on Monday.  Look to score chaseable pow in the Tetons, southern Montana, Northern Utah and most of Colorado Monday morning.  Colorado might not see the full benefits until last chair Monday with the timing just a tad slower. I may issue a Powder Watch later in the week depending on the future model outlooks. It looks to be a 6-12 inch event.

In the longer range, models are hinting at another decent event for Montana, Utah, Colorado, and Wyoming late next week.  Appreciable amounts of snow are possible late next week over a wide area of the Rockies perhaps beginning as early as Thursday.  My confidence is increasing for Montana, and Colorado who have been on the low end of many of the recent storms.  Confidence 7 days out is often low.  Lets hope the models hold up long term.

Sorry about the skunk forecast for the Wasatch yesterday!  The models showed no hint of the skunk until late Tuesday night while the Tetons continued to see snow.