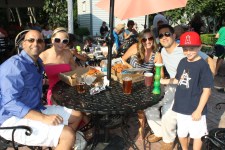 While craft beer companies move into mainstream markets like Los Angeles, New York, and Atlanta, one beer company out of Colorado is hoping to capture a new market of future beer enthusiasts with a product that is sure to stir up some controversy.

Related: The 10 Best Beers and Spirits For Ski Bums

With a newly developed .1% alcohol content beer named “Grom’s Vanilla IPA,” Continental Divide Brewing out of Fort Collins, CO is brining suds to the children. “Grom’s is our first step towards capturing a huge market share of future beer drinkers,” said master brewer Thomas Springer. “We’re hoping to develop the pallet’s of our children so they can recognize, differentiate, and appreciate all the beer flavors we have to offer.”

Of those flavors, Springer believes the Vanilla IPA is the most “kid friendly.”

Meanwhile, Colorado’s Department of Public Health and the Environment is wondering what to do next. According to state regulations, the beer’s trace alcohol content is most likely legal for kids to drink but some local politicians and substance abuse counselors believe the new product could lead to earlier signs of alcoholism amongst the adolescent population.

“We’re not worried about the 8 year-old who has a Vanilla IPA. We’re worried that when this child turns 15, he or she will have an insatiable taste for hoppy, high alcohol content beer.” – Bill Stakely, President Of DARE Colorado

In a recent press release, Continental Divide Brewing refuted that belief suggesting instead that the slow and steady introduction of beer would keep kids from “binge drinking” and instead give them a “European” view of alcohol and its many effects. While many might agree with that overall sentiment and anonymous source from within the brewery recently tried it on his kids and recommends nobody feed Vanilla IPA to their kids. 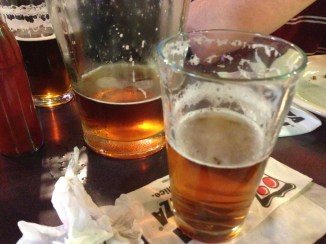 Are you prepared for your kid to be downing craft beers? | Photo Credit: R. Crap Mariner

“You wouldn’t believe the farts. I never thought something that foul could come from my 8 year-old.” He went on to add that he was unsure whether it was the hops, vanilla flavoring, or trace alcohol content but whatever the case, “the last thing this world needs is more IPA-induced farts– let alone from our children.”