“Seriously America? This is who you thought would best represent our country to the world.” That message, which Crested Butte resident and snowboarder Thomas Dempsey posted to Facebook in the early morning hours on Wednesday, is drawing ire from Dempsey’s roommate, Rich Smith.

Smith told Unofficial Networks this morning that his housemate, whom he calls “Dabs,” actually failed to vote on time yesterday. “He pretty much stayed in bed, arguing with his friends and family on Facebook,” said Smith. “All I heard was Dab typing and talking to himself blurting out– ‘what idiots’ every 30 minutes or so.”

Dab’s fiery sentiment reportedly began to cool midway through the evening as electoral numbers began pointing towards a Trump victory. Smith told Unofficial, “He came out and watched the TV with us for a few minutes shouting ‘what the fuck’ before retreating back to his bedroom where all we could hear was him slamming his space bar over and over.” However, that demeanor seemed misplaced when it became apparent that “Dabs” Dempsey didn’t even cast a vote. 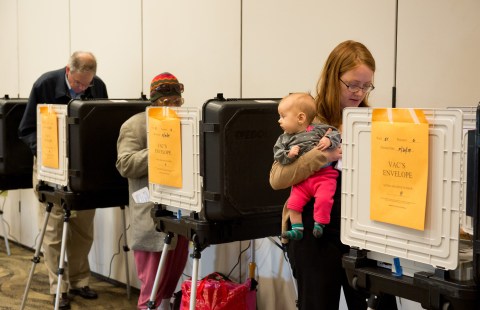 Smith, who considers himself “the unofficial mail checker” for PO Box 135, says that his roommate never received a voter registration card nor did he ever receive a mail in ballot. “Unless he snuck out his window in the middle of the day, that mother fucker never voted.”

When asked whether or not he voted, Dempsey simply deflected the question by replying, “Hillary failed us, she failed all of us. If Bernie had been nominated this would have all ended differently.”