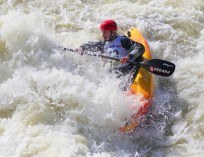 While many believe that skiing and snowboarding are the best sports in the world, a recent survey is now backing up those opinions.

Completed by Southwest Colorado Mountain College in Durango, a newly completed survey polled 500 residents in 30 mountain towns across the United States and the overwhelming majority of those people expressed a bias towards sliding on snow over a variety of summer sports. The survey’s summer sports included kayaking, climbing, hiking, mountain biking, fishing, co-ed softball, and trail running.

Of those 7 sports, only kayaking and mountain biking were considered half as fun as skiing or snowboarding.

During the interview process, one South Lake Tahoe resident admitted to liking fly fishing quite a bit but when he compared the act of fishing to skiing he stared off into the distance and reminisced, “Standing in a river and catching a couple of fish a day is okay but it just doesn’t compare to shredding lift accessed powder laps from 9-4.” Adjusting his pants, he turned to the interviewer and added, “It’s like trying to explain powder skiing.” He later indicated that catching fish is only 10% as fun as skiing powder. 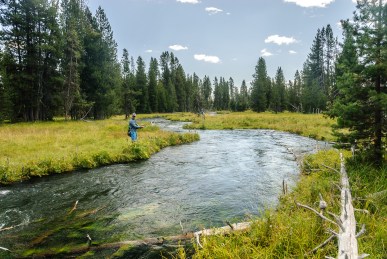 Relaxing sure, but not as fun as riding lifts and shredding groomers | Photo Credit: Loren Kerns

The assessment also revealed that seasonal depression swings both ways. When asked about levels of happiness during the summer months, 90% of those surveyed expressed a spike in happiness at the beginning of summer but that initial elation quickly dissipated by mid-July. Substance abuse, boredom, and short/meaningless hikes were all cited as reasons for a lack of summer enthusiasm among ski town residents. “Once the high-water is gone, it’s like– ‘when is winter coming back?’,” said one female kayaker from Sandpoint, Idaho.

In an effort to cure these summertime blues, many residents admitted that they turn to the alcohol, marijuana, and the occasional downhill mountain biking session to revive the thrill of skiing through trees and taking airs. But as is often the case– such activities resulted in damaging injuries.

Related: 5 Reasons Why Skiing Powder is Better Than Sex

“I keep asking myself why?– Why did I think it was okay to try the same airs on dirt instead of snow?” admitted a downhill mountain biker from Jackson, WY who sustained a broken collar-bone on Parallel Trail in August of 2015. “It’s about as dumb a thing as I could have done and now I can’t ski this winter.”

Another resident blamed softball induced substance abuse for one injury saying, “What else do you do at softball games except for smoke weed, shotgun beers, and occasionally swing at slow pitches?” Recalling his unfortunate injury the softball player from Steamboat Springs, CO cringed while saying, “All of a sudden a ball was coming my way in left field and I decided to do a sliding, Ken Griffy hip catch. Keep in mind I haven’t played real baseball since high school. Next thing I know– I’m in the hospital with a torn ACL.”

Co-ed softball is not as mellow as it appears | Photo Credit: derekp

After filling out the first 3 pages of the 5 page survey, one ski town resident questioned the survey asking, “where’s beer drinking on this list of summer activities?” His response was noted but unfortunately, beer drinking happens year around so it could not be designated as a summer specific activity. That said, creators of the survey did notice a “grass is always greener” bias amongst ski town residents.

Survey creator, Barbara Cunningham said that another survey completed by Oregon Evergreen College showed that 90% of skiers and snowboarders in Bend, OR were “over it” by March and were ready for summer sports. However, when they revisited the same subjects for the summer survey, they were ready for winter activities by late June. Are You A Furloughed Government Employee? 5 Reasons To Say 'F*ck It' & Become A Ski Bum