After last year’s epic amount of snowfall (and inordinate amount of Instagram posts), it seems as though everyone planned a trip to Hokkaido for the winter. However, as I’ve learned from traveling, skiing, and Wayne’s World 2, if you book tickets, it doesn’t mean it will snow.

Such is the case with the early season in Japan this year.

So far, snow totals are meager to say the least and the famed #japow has yet to fall in the copious amounts it’s known for worldwide. While Niseko and nearby Kiroro are running lifts, resorts on the southern island such as Cortina have already pushed back opening dates until enough snow falls to make mountain operations feasible.

Due to lack of snow, we have extended the opening date. Once the new date is decided, we will post on facebook. We apologize for the inconvenience caused and thank you for understanding.- Hakuba Cortina Snow Resort Facebook Page

However, that’s not to say the Japow is non-existent. Right now Kiroro seems like the best bet for deep turns as the resort is currently reporting a 160cm base!!! 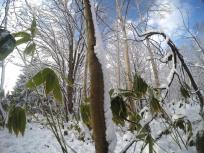 Much of that is due to Kiroro’s high elevation, which provides for plenty of snowfall with little to no rain at the base of the ski area. Niseko on the other hand is finally getting accumulation up high but the base totals are still rather low.

Once the Sea Of Japan turns on, the snow should come in copious amounts and as the jetstream moves north, colder temperatures and blower snow should bring Japan back to it #Japow ways.